Computer Programming Languages are various tools that are utilised for creating an arrangement of enlightening and sealing mistakes. Thus, with the changes in everyday life and going forward innovation, programming bundles have been expanding. Choosing an appropriate dialect may be a complicated task while considering numerous factors. However, selecting a suitable program and its specialised features reduce time-consuming behaviours and effort required. Evaluation of CPLs is inevitable in decision making. Multi-criteria choice making makes a difference for assessing and comparing options with the help of a criteria. Subsequently, in this article the elemental properties of programming dialects, utilising and steps of the AHP are examined. For assessing the execution of a few conventional CPLs in higher instruction with respect to seven criteria, we have developed a work in Mathematics.

Forecasting technology performance assessment may be a precious inquiry point that can bring about imperative information concerning the estimation perspective of Computer programming dialects (CPLs), which may affect decision-making (DM) processing. On the other hand, data with respect to execution related to CPLs leads to serious inquiries about endeavours inside technical innovations. The main problem in estimation assessment in CPLs incorporates identifying the estimation execution not as it were to appear the most coming accomplishment of decision-making units (DMUs), but too to examine the way for future advance. CPLs have finished a significant instrument for firms along the entire universe rating. In trade life one of the latest important necessities is coding, hence, coding abilities are high in request for productive career. This shows the importance of assessing programming dialects in higher instruction. Numerous analysts have focused on components for classifying CPLs. DM is identified as an algorithm of choosing the leading or ideal DMUs between a set of DMUs to attain (an) aim(s). Multi-criteria decision-making (MCDM) was displayed as a leading zone within the early 1970s.

An overview of computer programming languages

Programming languages or algorithmic languages are classified: according to the degree of their dependence on the computer; by focus on the scope, according to the specifics of the organisational structure of language constructions. 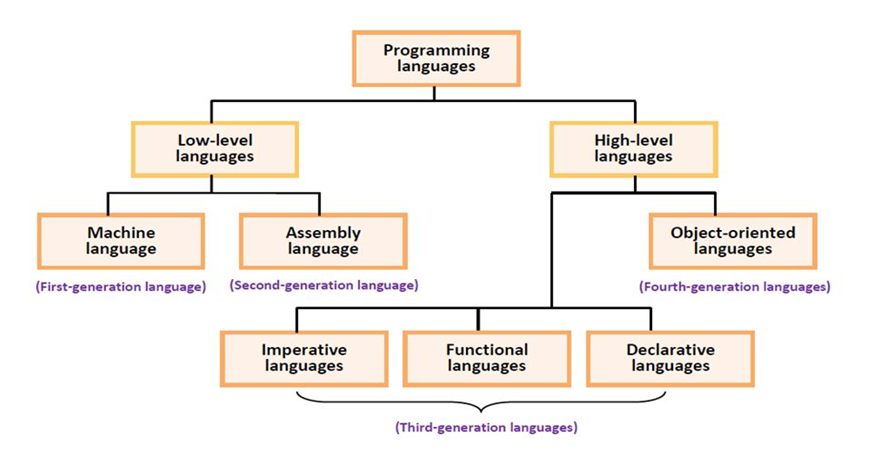 Among the MCDM strategies and devices, a few approaches and hypothetical disciplines can be characterised, in spite of the fact that their refinements and boundaries are frequently troublesome to decide. It recognizes four categories: (1) multi-objective numerical programming, (2) multi-attribute utility hypothesis, (3) outranking relations approach, and (4) inclination disaggregation approach. The multi-objective numerical programming (MMP) is an expansion of the well-known single-objective numerical programming system. It includes the optimization of a set of goals that are communicated within the shape of direct or nonlinear capacities of a few choice factors. The optimization of these targets is performed subject to limitations forced either by the choice environment or by the choice creator.

The multi-attribute utility hypothesis (MAUT) is an expansion of the classical utility hypothesis. Comparable to MAUT, inclination disaggregation investigation employs common utility decay shapes to demonstrate the decision maker's inclinations. By the way, rather than utilising a coordinate method for evaluating the worldwide utility show (MAUT), inclination disaggregation investigation employments regression-based strategies (roundabout estimation procedure). More particularly, in inclination disaggregation examination the parameters of the utility decay demonstrated are assessed through the examination of the choice maker's general inclination on a few reference options, which may include either illustrations of past choices or a little subset of the options beneath thought. The decision-maker is inquired to supply a positioning or a classification of the reference options agreeing to his or her choice arrangement (worldwide inclinations).

In the universal writing on administration science and operations investigate there's an expanding number of real-world applications of MCDM. Of course, within the restricted space here it would be inconceivable to supply an broad book index with respect to these applications. It worth to mention that MCDM has contributed different fields of studies:

The complexity of real-world choices and the plenty of components and criteria that are regularly included require the execution of a sound theoretical system to structure and demonstrate the decision-making preparation. MCDM gives such a system, as well as a wide assortment of advanced methodological instruments that are arranged towards the bolster of the choice makers in confronting real-world choice problems. This decision-support introduction of MCDM, in combination with the centre given by analysts in this field to create progressed and practical inclination modelling procedures, is its primary recognizing include as contradicted to factual investigation and optimization hypothesis. Decision making is basic to computer programming. There will be numerous circumstances once you will be given two or more options and you'll ought to select a choice based on the given conditions. For illustration, we need to print a comment around an understudy based on his secured marks.

There are three steps in used any decision-making technique consisting of mathematical analysis of alternatives:

Application of decision making methods to solving of the problem

Prepare capability lists have been utilized within the fabricating industry to supply quantitative measures on prepare potential and execution. The formulae for these files are simple to get it and direct to apply. But, since test information must be collected in arrange to calculate these files, an extraordinary degree of instability may be presented into capability evaluations due to examining blunders. Right now, most specialists essentially see at the esteem of the index calculated from the test information and after that make a conclusion on whether their forms meet the capability necessity. This approach isn't solid since sampling errors are disregarded. Methods for two-sided capability lists, CP, CPK, and CPM have been created to help specialists to decide whether their forms meet the capability necessity based on test data. At that point create a strategy comparable to those of CP, CPK, and CPM, for the one-sided capability records CPU and CPL. Specialists can utilize the method to test whether their forms meet the capability necessity.

To assess the computer programming dialects, counting C++, C#, Java, and Python as options, based on seven most noteworthy criteria, which are scholarly acknowledgment, mechanical acknowledgment, program properties, ease of utilize, reason of dialect, strategy of dialect, and capacity of dialect, is performed in this investigate by embracing TOPSIS method. This strategy could be a valuable approach for measuring complex multi-criteria DMUs with subjective judgment. With respects to this investigate results, Python programming dialect is the leading since it is scored the most noteworthy through examination. It is famous that higher score speaks to the superior. In addition, Python dialect bolsters multi-programming standards, fundamentally but not restricted to CPL, basic and, to a lesser degree, useful programming. This approach can too be utilized in measuring and positioning instructive frameworks, wellbeing care organization, entrainment businesses, and the neighborliness division counting inn administration and tourism-related businesses. As for future work, it is recommended half breed strategy with fluffy sets. Fluffy set of MCDM strategy is able of managing with instability, and more complex CPLs choice.