Currently, microstrip antennas (MPA) are widely used in the field of telecommunication systems due to various advantages: thin profile, low weight, conformity, the possibility of having circular polarization waves, the possibility of implementing multi-frequency antennas, integration with the power supply circuit in antenna arrays, low cost and simple implementation. However, despite a number of advantages, its main disadvantage is its narrow band.

while the need for broadband antennas has become increasing, we aim in this paper to design a broadband microstrip antenna. Due to the presence of many antennas that are suitable for use on a wide band, we will mention the elliptical antenna because of its ease of design and manufacture. While the conventional elliptical antenna is not optimal for use as a Gaussian pulse filter we will use elliptical slots in the dipole arms, and their effect on antenna performance will be demonstrated during antenna design [6].

The next step is to choose the appropriate antenna feeding method, this process represents the connection of the antenna with other devices in the communication system (transmitter or receiver). The most used method in integrated circuits and millimeter waves is by using microstrip lines. When using microstrip lines to feed the dipole, we need to use MS-to-CPS to ensure proper feeding to both ends of the dipole.

The traditional elliptical antenna, as it is known, has one degree of freedom, which is one radius, which limits the possibility of controlling the antenna parameters. The antenna used in this work has an additional feature which is the presence of a slot, which adds an additional degree of freedom to control the antenna parameters. The elliptical slots increase the gain of the antenna in the upper portion of the band. The width of the inner (cutout) ellipse affects the return loss, while the length of the inner ellipse generally affects the gain performance.

The proposed design is shown in fig.1. 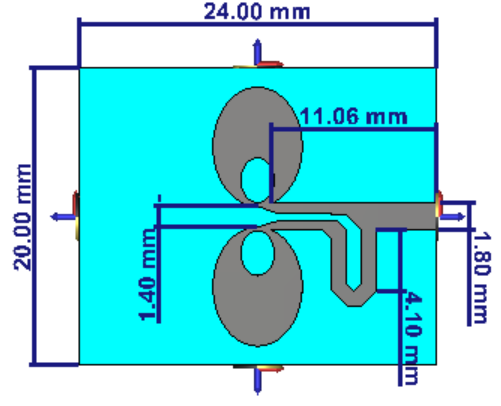 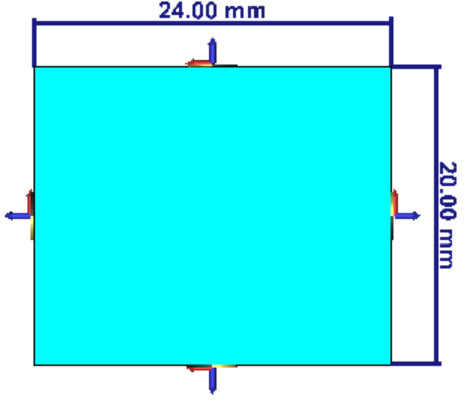 Fig. 2. Back view of the proposal antenna 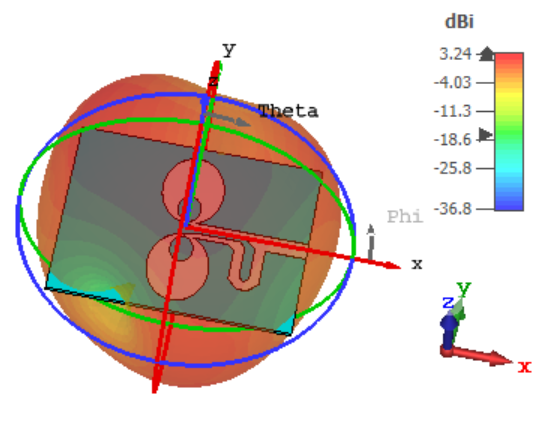 In this paper, a new design of elliptical dipole with inner elliptical slots (cutouts) using a MS-CPS (Microstrip to Coplanar strips) is proposed for Ku band applications. The antenna operates efficiently at the frequency band [11-15 GHz] with VSWR less than 1.5. the proposed antenna can be used for all kind of telecommunication systems where an ultra-wide band is required.